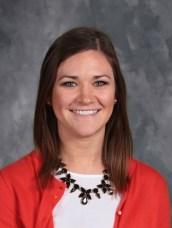 Mrs. Bolinger is beginning her third year teaching, second year at Hawthorn. Previously, she taught in a kindergarten/first grade split class in Columbia. She graduated from Westminster College with an Elementary Education major and a Spanish minor. She was awarded an "Award of Excellence" from the College of Education during her time there. Most recently, she received her Master's Degree in Curriculum and Instruction through the University of Missouri's Teaching Fellowship Program in July of 2015. She was raised in California, Missouri and recently moved back after getting married to her husband, Drew.